This year's task week, from 11-17th August, sponsored by Hill Aviation Insurance,  had 4 contest days with Task Week Director George Rowden, providing a sporting theme to the tasks confronting the, on average, 9 contestants.  After a scrubbed day on Sunday 11th, a wet and cloudy morning on Monday 12th was followed by a good thermic afternoon.  The Snooker based task had the pilots visiting red and coloured TPs in order to get the highest break score, with total distance flown and overall speed via OLC.  Andrew Clusky in his HP Shark won the day's bonus with a break score of 24, but the Day winner was John May in his Ventus 2ct.  The total distance covered by the 9 competitors was 850 km while Toby Wilson landed out at Wombledon and Nora van Genugten landed our near Wass.

Tuesday 13th, provided the best thermal soaring day of the week, and the 12 competing pilots were set a cricket based task to score runs.  Pilots could fly a maximum of 6 O/Rs from Sutton out of 8 available, with each O/R having 6 available TPs,  an O/R to the nearest TP to Sutton scoring 1 run, the next nearest 2 runs etc  and the one furthest from Sutton scoring 6 runs.  Two pilots flew over 300 km, with John Ellis in his DG800 winning both the bonus for the highest cricket score of 16 runs and also the day, the competitor's total kms for the day being 2100 km.  John's win meant he became the overll leader of the competition after 2 days.

Wednesday 14th.  A vigorous Atlantic depression meant a day of low cloud, wind and rain so it was a non contest day.

Thursday 15th.  The legacy of Wednesday's depression was a brisk WNW'ly, providing the opportunity for ridge, thermal and wave soaring, so the competitors were set a sectored ridge soaring task the sectors being Sutton to Boltby reservoir, Boltby reservoir to the Tontine, the Tontine to Carlton Bank and Carlton Bank to Guisborough SW.  The points earned for each km flown per sector increased with increasing distance from Sutton.  There were also  options to undertake both thermal and/or wave soaring  as a means of maximising OLC distance and speed.  Conditions became a liitle too brisk late morning so a temporary halt to launches resulted, flying recommencing in the early afternoon.  The 4 competitors taking off before the break in procedings mainly undertook the hill soaring task, while those flying in the afternoon utilised thermal to  contact the wave with some 40,000' of climbs resulting.  Although John Ellis in his DG800 flew the longest distance using the wave, 346 km, the pilots undertaking the hill soaring option filled the first 3 places on the day,  each covering around 300 kms, probably the first time 300 km of ridge soaring has been acheived from Sutton.  The day winner was Chris Booker, who flew his LS1 the maximum allowable 4 O/Rs from Sutton to Guisborough SW to cover 312 km, while Jon May's 3rd place on the day meant he was the overall leader after 3 days, some 326 points ahead of John Ellis in 2nd place.

Friday 16th.  A repeat of Wednesday, as another Atlantic depression meant the day was scrubbed but the competitors reconvened in the evening to have a splendid dinner provided by Liz and helpers.

Saturday 17th.  A moderate WSWly brought ridge, thermal and wave soaring opportunities, with the day's task being based on tennis.  Pilots were required to alternatively visit TPs to the east and west of a line running N/S through Sutton, each successful crossing of the line representing a return of the ball in a tennis rally.  While total distance and speed were as usual via OLC, there was a bonus for the pilot scoring the longest rally.    The bonus was won by Toby Wilson with a rally of 7 shots, even though Toby landed out near Helmsley, the same fate befalling John Tayler and Naomi Kennard who were competing in the club DG1000.  The 9 contestants were split down the middle between those who used thermals and those who used wave, the latter group climbing 41,000' in overall terms while altogether, 800 km were flown by the competing pilots.  The day's winner was Fred Brown, who although not flying the longest distance, had a significant wave climb bonus of 58 points, the result of  his climb to 16,600' asl.   Jon May had his worst day of  the week and came 7th while his nearest rival John Ellis came 3rd. However, John just failed to overhaul Jon by 30 points, scoring 3232 to Jon's 3262.  Third place went to Toby Wilson with 3102.

Sunday 18th saw Task Director George Rowden present the awards to the winners on Day 4 and the overall  winner of Task Week, a week in which some 5,500 km were flown, 81,000' climbed and a first 300 km flown via ridge soaring.

A montage of photos from Task Week is included below, courtesy of Hazel Brown and Toby Wilson, the presentations being to Jon May, overall winner, Andy Hatfield, Mug of the day on Saturday 17th and Toby Wilson for the furthest from site land out. 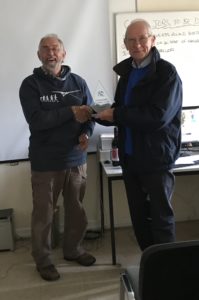 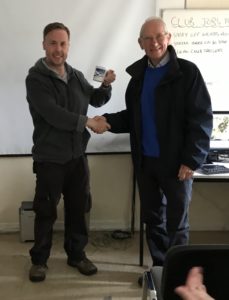 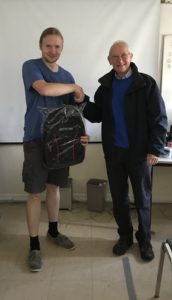 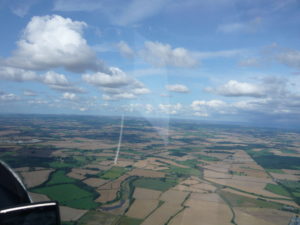 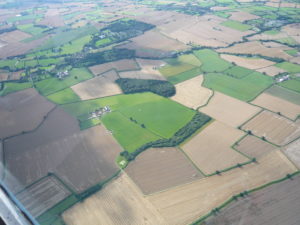 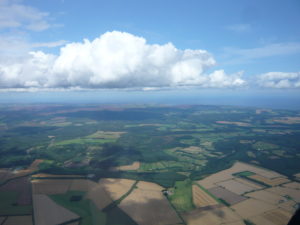 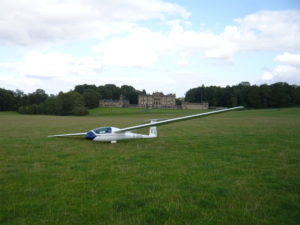